A Word From Bill: The Left Is Hoping For A Direct Strike On Mar a Lago! 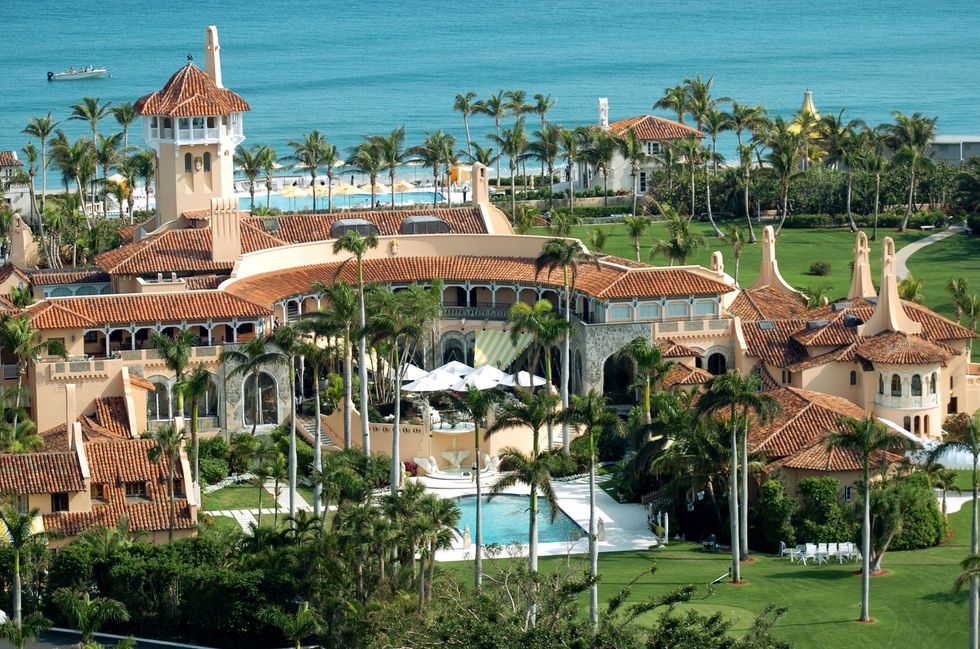 Unless you’re on Twitter, you may not have heard of the latest mantra among many leftists in the last few days.

As Hurricane Dorian strengthens into a major hurricane and sets its sites on the eastern coast of Florida, hate-filled leftists are beside themselves with hope that the storm will strike Trump’s Mar-a-Lago. They are openly ecstatic over the prospects of seeing Trump’s resort being decimated by what could be a Category 4 storm. Sadly, their contempt for the man, apparently, blinds them to the fact that much more than Mar-a-Lago will be affected. It’s either that or they just don’t care that hundreds of thousands of people, most of them average citizens like the rest of us, could be adversely affected by the storm (1.47 million people live in the Palm Beach county, alone). But like most emotions, hatred is self-serving and doesn’t consider how it might affect others.

This outburst from the Left comes on the heels of their disgusting celebration of the death of conservative philanthropist, David Koch, last week. That same week, the so-called “Resistance” claimed that Trump was, in fact, the Antichrist because he had jokingly said, “I’m the chosen one” in reference to the trade war with China. CNN editor-at-large, Chriss Cillizza (no friend of this president) wrote that, “Yes, Donald Trump really believes he is the chosen one.” Many took to Twitter and other social media outlets to mock Trump’s obvious sarcastic statement but many commented as if they truly believed he was the man of sin, even quoting Scripture to validate their claim. (Personally, I found this to be quite amusing seeing that most didn’t know what they were talking about, biblically).

The week before this, many liberal pundits were sounding the alarm that the US was headed into recession. In fact, “expert” panelists on MSNBC were speaking as if they actually hoped for a recession because it would hurt Trump politically (no matter that a recession would hurt millions of Americans in a more substantial way). HBO’s Bill Maher said that a failing economy would be “worth it” if it prevented President Trump from being reelected. When reminded that recessions are bad for most people, Maher’s response was, “I know, but it’s worth it.”

My point in addressing this is not to defend the President necessarily but to, once again, point out how Trump’s presence in the Oval Office has exposed the deep-seated hatred for him, his policies and, in my opinion, what he represents in terms of God’s will.

Personally, I do believe that Trump is the “chosen one” — certainly not in Messianic terms — but in regard to God’s Will for our nation right now. As I’ve said many times before of other leaders before Trump, he’s “God’s man” for this time but not necessarily a “man of God.”

If for no other reason, Trump’s presidency has shined a light on the fact that the US is “house divided against itself.” As we know, Messiah warned that this unfortunate scenario cannot be sustained; eventually something will have to give. We will either return to Godliness and the rule of Law or we shall become completely Godless and lawless. As Lincoln said in his famous “House Divided” speech: “A house divided against itself cannot stand. I believe this government cannot endure, permanently half slave and half free. I do not expect the Union to be dissolved—I do not expect the house to fall—but I do expect it will cease to be divided.”

Likewise, sooner or later we will cease to be divided. We cannot not long endure our present condition: we will have to be Godly or Godless. Unlike Mr. Lincoln’s optimism for the future of the “house,” should we choose the latter path, I’m quite confident that the house will collapse. I certainly hope not but, frankly, how things turn out has, to some degree anyway, been placed in our hands to choose. I pray that we will choose wisely.

In any event, we would do well to remember the words of Messiah who said, “There will be signs in the sun, in the moon, and in the stars; and on the earth distress of nations, with perplexity, the sea and the waves roaring. … Now when these things begin to happen, look up and lift up your heads, because your redemption draws near.” (Luke 21:25, 28)

Truly, we are living in the days when distressing signs abound but those same signs are indication that we are to look up and anticipate our redemption. Even so, come LORD Yeshua!

As a footnote: if Dorian does strike Palm Beach, FL and Mar-a-lago sustains heavy damage, it will make me wonder just what Trump has in mind when it comes to the terms of the Mideast Peace plan. Considering that he has, thus far, been very supportive of Israel, PM Netanyahu and the notion that Jerusalem is the capital of Israel, I would hope that any peace plan for the region would not put the Israelis in a precarious situation. We shall see.