A Word From Bill: Trump Is Triggering The Left (Why That’s Important To Us) 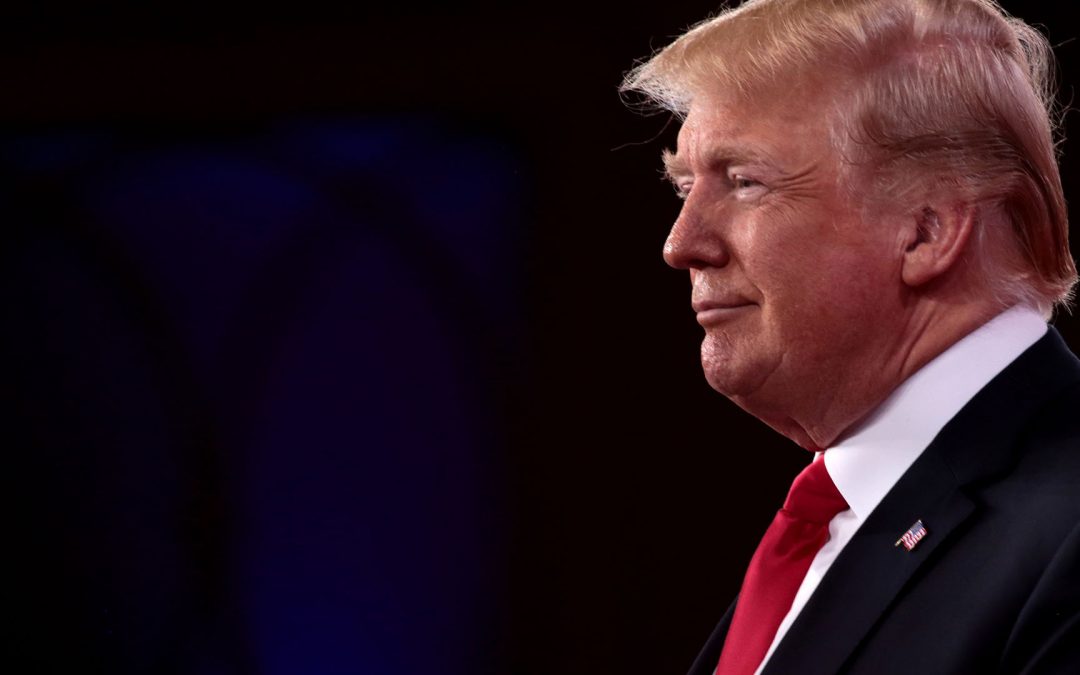 Is it just me or does it seem that President Trump is drawing  “the crazy”out of the far left?

In my opinion, almost everything President Trump does or says seems to create a firestorm in the Leftists’ camp, provoking them to say and do the most bizarre things. One only has to listen to the Democratic candidates running for president to understand my point. If there was ever any doubt that the extreme left wants to completely overhaul the U.S. and transform it into something entirely foreign to most of us, those doubts should have been dispelled with just the sound bytes from their first debate. And it seems to me that much of what they are sharing about their radical agenda on the campaign trail is being triggered by positions Trump is taking, such as his stand on immigration.

This has led me to wonder whether Trump’s purpose in God’s plan, at least in part, is to expose just how far removed from Godly principle America has become. More specifically, I’m wondering if Trump’s presidency is intended to coax the radicals among us into revealing, in explicit detail, what our future holds if we don’t return to the Almighty and common sense. I’m beginning to think that Trump is to the Progressives what God said Jerusalem would be to the nations.

“Behold, I will make Jerusalem a cup of drunkenness to all the surrounding peoples, when they lay siege against Judah and Jerusalem. And it shall happen in that day that I will make Jerusalem a very heavy stone for all peoples; all who would heave it away will surely be cut in pieces, though all nations of the earth are gathered against it. (Zechariah 12:2-3)

I’m not implying that Trump should be considered as on par with Jerusalem or as important to God’s plan for mankind as Jerusalem is, although Trump bravely acknowledged that Jerusalem is Israel’s capital. I might also add that his presidency has played a significant role in the internal strife that is moving through the Democratic party, particularly in the House. So I am implying that, in the way God uses Jerusalem to trigger the nations who stand against Him, He seems to be using Trump to trigger those who stand against what America is supposed to be and could still be.

My intent here is not to be political, necessarily, but to consider how the current political climate is exposing our spiritual deficiencies and, potentially, our future. I don’t believe Trump to be a perfect man who is entitled to a free pass for everything he does or says; I just believe that he is God’s man for this hour and is here to serve a purpose. By the way, Jerusalem doesn’t get a free pass either. In the last days, that great city is referred to as “Sodom and Egypt” (Revelation 11:8) even though God uses Jerusalem in the last days to judge the nations.

If I’m right in this line of thinking, what would be God’s reason for bringing these things to light? I’m convinced it’s this: God is shaking this nation in every way and exposing who we have become and what we will become if we do not amend our ways. In Ezekiel 20, God warned a rebellious Israel that, if they would not submit to His will and obey His laws, they would be turned over to governments that would rule them with laws “by which they could not live” (Ezekiel 20:25). Similarly, if Americans refuse to live by Godly standards and laws that are conducive to life, then we will end up being governed by the lawless standards of radicals and the Progressives. If we stand idly by and allow our culture to celebrate and legitimize perversion and death, then we will be ruled by the perverse and the Godless.

In that vein, it has been, and will continue to be, easy to focus on the bizarre and dangerous positions radicals like AOC, Omar, Warren, et al are taking as they seek to lead this country toward extreme liberalism. Consequently, it will be difficult to restrain our passions as their positions threaten to become more prevalent in our society. However, our first priority should be to discern what the Creator is saying to His people through the actions of others. In other words, if He is shaking our nation, then it is incumbent upon us, as His people, to acknowledge our wicked ways and turn from them.

As followers of the Messiah, we are part of a kingdom “that cannot be shaken” (Hebrews 12:28) and have been called to advance that kingdom in the earth. So let us examine our own positions and make sure that we are situated upon the solid Rock and not upon shifting sand. Being assured of our footing, let us combat those ideologies and movements that deny God’s sovereignty and standards in a way that sanctifies His Name and compels others to turn to Him.

If the Almighty is using Trump to expose the objectives and will of the Lawless, then you and I must boldly reveal the Will of the One, True God to those who are being tossed about by the political chaos. Now is the time for the righteous to “shine forth as the sun in the kingdom of their Father” (Matthew 13:43).