A Word From Bill: Who Will Stand In The Gap? 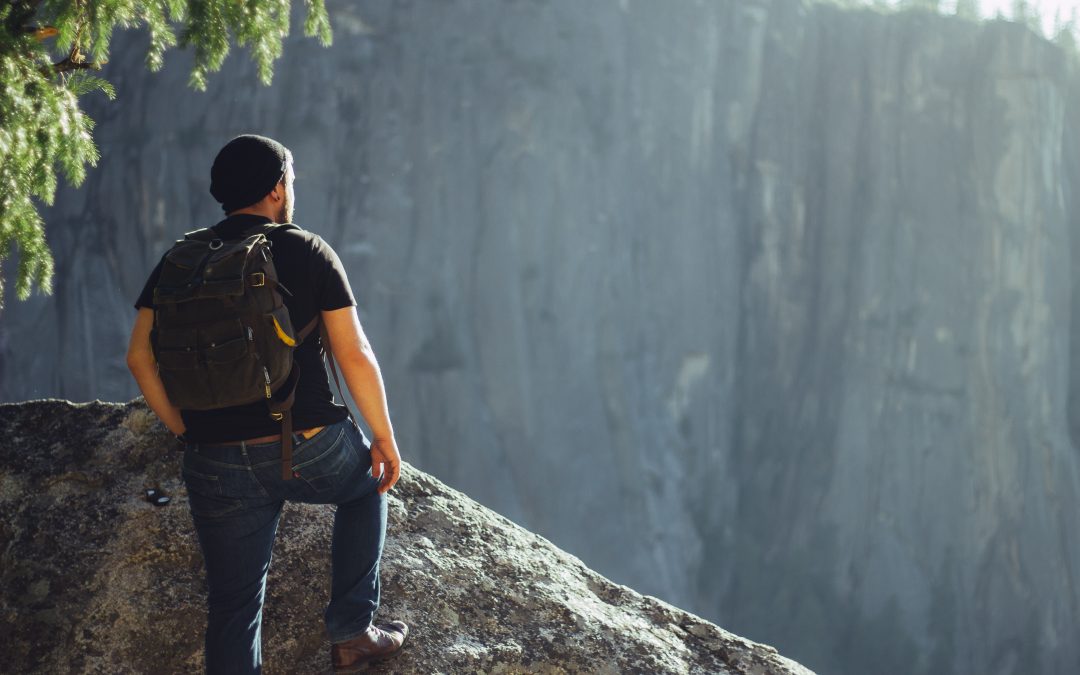 “The people of the land have used oppressions, committed robbery, and mistreated the poor and needy; and they wrongfully oppress the stranger. So I sought for a man among them who would make a wall, and stand in the gap before Me on behalf of the land, that I should not destroy it; but I found no one.” (Ezekiel 22:29-30).

This passage of Scripture represents a sad time in the history of Israel. The sins of the nation had become so egregious that the Creator was forced to take action and bring judgment upon the people. According to Scripture this is something He doesn’t wish to do, in fact, it seems to be a last resort when provoking His people to repentance. In Scripture, God continually describes Himself as being merciful, compassionate and slow to anger. Through the prophet, Ezekiel, He told Israel that “I have no pleasure in the death of the wicked, but that the wicked turn from his way and live” (Ezekiel 33:11).

This is His heart – that we would live and not die. Yet, when His people have hardened their hearts so intently against Him, He has been forced to deal harshly with them. Such was the case in Ezekiel’s day. But even then, before He resorted to such drastic measures, He looked around the nation for someone – ANY ONE – willing to stand in the gap for those who didn’t deserve mercy. The inference is, had He found someone willing, He might have continued to deal mercifully with them but He found no one. Thus, we are told that He had no choice but to act.

“Therefore I have poured out My indignation on them; I have consumed them with the fire of My wrath; and I have recompensed their deeds on their own heads.” (Ezekiel 22:31)

When Donald Trump won the presidency in November 2016, many believers were convinced that God, not the Russians, had intervened in our nation and spared us from the evils of a Hillary Clinton presidency. The word that was most often used was “reprieve.” Many of us were and are convinced that God demonstrated mercy upon this nation and given us a reprieve from what seemed to be imminent national destruction – at least as we have known America to be in our lifetime. I want to go on record and say that I agree with that notion; I believe we were granted a reprieve but not a pardon. We must be careful not to confuse God’s mercy with His approval.

The definition for reprieve is “to postpone the punishment of someone,” especially someone who has been condemned to death. It is a temporary escape from an undesirable fate. In other words, it is not a pardon. If we were granted a reprieve, it means we were given a window of opportunity to appeal to God for a pardon and forgiveness of our national sins. Moreover, it was to be understood that America had to change course or face the consequence of our previous choices. So the question is, have we done that? Are we a repentant nation that wishes to reverse course and return to a more biblical standard of living? There are signs here and there that some of us do. The recent anti-abortion laws passed in Georgia and Alabama are hopeful indicators that a change is underway but, frankly, whether these laws are permitted to stand is questionable. Trump’s position on Israel and Jerusalem is encouraging but it doesn’t necessarily equate to a national change of heart where the God of Israel is concerned.

In fact, most polls show that if the election were held today, Trump would lose to Biden, Sanders, Warren and several others who are, in my view, godless and certainly less sympathetic to the plight of the unborn and to Israel. That people with this mindset are polling much better than a president who defends the unborn and acknowledges Jerusalem as Israel’s eternal capital is not encouraging.

Obviously a lot can change, politically speaking, over the next eighteen months, but the primary issue remains whether or not America is willing to acknowledge our national sins and humble ourselves before the Almighty. Honestly, I don’t see that happening, at least not on the scale seen when Jonah preached to Nineveh. Miracles can occur, but there doesn’t seem to be an inclination toward repentance after two years into our reprieve. So what is to become of us?

I know that some people have simply given up on the nation due to our overt rebellion against God and His laws. Some, hopefully few, are of the mind that America must be destroyed and the sooner, the better. The notion is that, the quicker God judges this nation, the sooner we can all go to Israel and enter the Kingdom. That scenario might work out well for some but what about all the other people who have no clue what’s getting ready to happen? Should we be concerned about them? Or are they just so blatantly wicked that they are deserving of God’s wrath? The latter seemed to be Jonah’s position where the people of Nineveh were concerned. According to Scripture, the prophet was much more considerate of a plant that grew and then withered than he was the inhabitants of Nineveh.

Juxtapose that attitude with the one Moses displayed when Israel was deserving of death. When the children of Israel quickly turned aside from God’s ways and worshiped the golden calf, God was ready to wipe them out, then and there. But Moses stood in the gap.

And the LORD said to Moses, “I have seen this people, and indeed it is a stiff-necked people! Now therefore, let Me alone, that My wrath may burn hot against them and I may consume them. And I will make of you a great nation.” Then Moses pleaded with the LORD his God, and said: “LORD, why does Your wrath burn hot against Your people whom You have brought out of the land of Egypt with great power and with a mighty hand? Why should the Egyptians speak, and say, ‘He brought them out to harm them, to kill them in the mountains, and to consume them from the face of the earth’? Turn from Your fierce wrath, and relent from this harm to Your people. Remember Abraham, Isaac, and Israel, Your servants, to whom You swore by Your own self, and said to them, ‘I will multiply your descendants as the stars of heaven; and all this land that I have spoken of I give to your descendants, and they shall inherit it forever.’” So the LORD relented from the harm which He said He would do to His people. (Exodus 32:9-14)

Think of it: a mere man dared to entreat the Creator of the Universe from doing what He was more than justified in doing. Not only that, had he stepped aside, we might be regarded as the “seed of Moses” rather than the “seed of Abraham.” Moses was a selfless man who, even though the people were notorious for rebellion and complaining, cared for his countrymen to the point of saying, “Forgive their sin—but if not, I pray, blot me out of Your book which You have written” (Exodus 32:32). Apparently, Moses was willing to lay down his life for people who were thoroughly corrupt and unworthy of mercy. Because he was a true shepherd, he was prepared to be accounted as one of them. God was obviously moved by this man’s heart and didn’t destroy the nation. (By the way, if you haven’t made the connection yet, this is exactly Messiah did on behalf of us all).

I hope my point is obvious: yes, America deserves what she gets. We are a nation that was founded upon biblical principle even if the founders were imperfect men. We are a nation whose history is replete with leaders and notable citizens who have acknowledged the God of Israel as our God and, frankly, the only reason we exist and have prospered. But like Israel we have turned aside to “other gods” and have rebelled against Him. There are those among us who scoff at the notion that He even exists and, yet, take pleasure in offending Him in any way they can imagine. Yes, we deserve judgment, yet we know that destruction is not His way or His will – He is for life. Is it wrong for me to think that if we are willing to stand in the gap He might spare us – at least for a while?

Mind you, this shouldn’t be about sparing our national prestige or our comfortable lifestyle – this is about people. Furthermore, the majority of the people we are talking about are those who really don’t deserve mercy. Their sins are atrocious and their rebellion is unapologetic, much like Israel of old. Still, we know that the Creator takes the time to scan to and fro over the people to see if there is someone – ANYONE – willing to stand in the gap.

The Parable of the Barren Fig Tree

He also spoke this parable: “A certain man had a fig tree planted in his vineyard, and he came seeking fruit on it and found none. Then he said to the keeper of his vineyard, ‘Look, for three years I have come seeking fruit on this fig tree and find none. Cut it down; why does it use up the ground?’ But he answered and said to him, ‘Sir, let it alone this year also, until I dig around it and fertilize it. And if it bears fruit, well. But if not, after that you can cut it down.’” (Luke 13:6-9)

I have often referred to this parable when speaking about the fact that God expects us to bear fruit. It’s about functioning in our purpose; if we don’t do what we were designed to do, then what good are we? Salt that loses its saltiness is “good for nothing” (Matthew 5:13). The same is true for fig trees – those trees that don’t produce fruit are good for nothing and just taking up valuable space. This principle is true for people and for nations. When Israel failed to function in their purpose, after many warnings, God brought judgement upon them, often resulting in destruction, desolation and exile.

Just recently I perceived there may be another concept embedded within this parable. The owner of the vineyard is ready to remove the fig tree for lack of proper function – no fruit, in other words. But the worker in the vineyard intercedes on behalf of the fig tree saying, “Let me work with it a bit more to see if there is hope for this tree.” Though it is not stated emphatically, the inference is that the owner of the vineyard relented and granted the fig tree a reprieve. Now consider: the tree had already been allowed three years to grow fruit and had not. With the reprieve given, it would seem that the owner had allotted four years for the tree to produce fruit or be dug up. FOUR YEARS OF REPRIEVE!

What we must do, we must do now. Lives hang in the balance and some of those lives are your loved ones. May God move upon us to be intercessors and those willing to lay our lives on the line and stand in the gap for those who don’t deserve mercy because, it wasn’t that long ago that I was one of those people.