A Word From Bill: Be Strong And Let Us Strengthen One Another 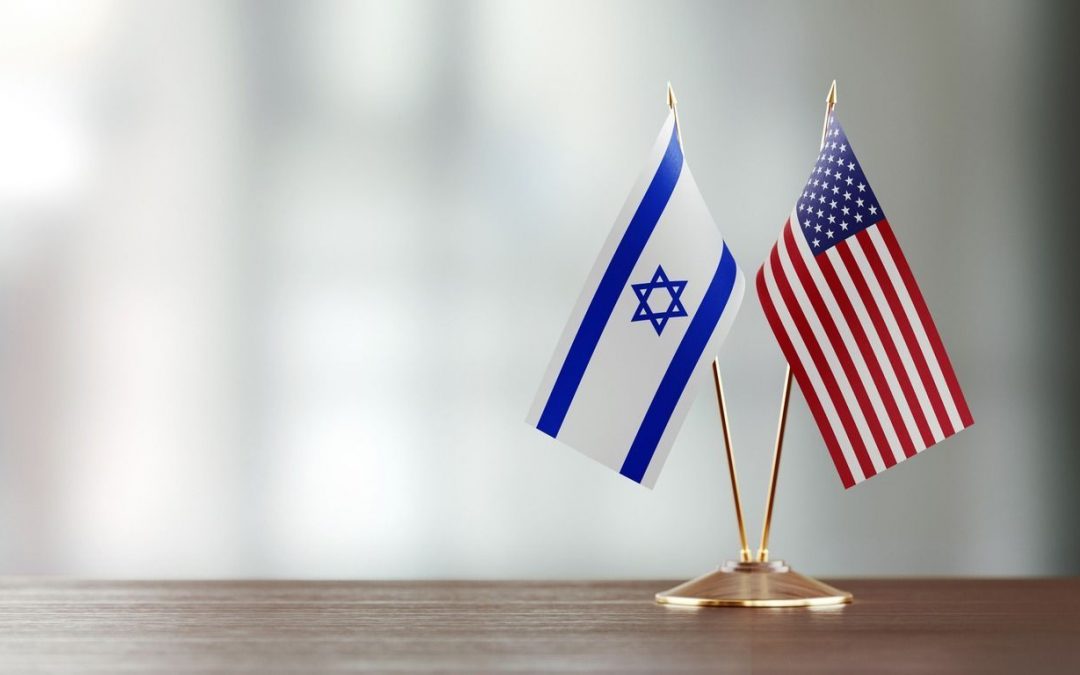 As you know, we have just observed the festival of Purim and, with it, the annual reminder that the enemies of God never tire of accusing and attacking God’s people. Their quest to disparage and destroy Israel is never ending. One of the latest examples of this, unfortunately, comes from a member of the U.S. Congress. Rep.Ilhan Omar, (D-Minn) has been under fire (if you want to call it that) for making incendiary remarks that many believe have an anti-Semitic/anti-Israel slant. Even some Democrats, loathe to criticize their own, publicly condemned her comments which  included inferences to Jewish control of Congress through certain groups such as AIPAC. In one particular diatribe she said, “I want to talk about the political influence in this country that says it is OK for people to push for allegiance to a foreign country.”

Though many were incensed at her comments, the only rebuke the House of Representatives could muster was a toothless resolution to condemn all “hate speech” without naming Omar specifically. And while they made sure to condemn inflammatory remarks directed at Jews, LGBTQ people and Muslims, I didn’t see anything that discouraged making hateful remarks towards followers of Yeshua. Apparently, there is an unwritten rule that says one can’t rebuke anyone who happens to be a Muslim because, well, they’re Muslim – period. In fact, Omar’s typical rebuttal to challenges about what she says or her questionable deeds of the past is, “How dare you question me. You’re only coming after me because I’m a black, Muslim woman.” That usually concludes any inquiry.

Let’s be real: unicorns don’t exist and, “No” Virginia, there is no Santa Claus. More importantly, Ilhan Omar isn’t some poor immigrant who doesn’t understand what she’s saying. She is just as anti-Semitic and anti-Israel as her close associates, Rashida Tlaib (D-Mich) and Linda Sarsour. All of these women are predisposed to be anti-Israel because Islam is fundamentally anti-Israel. That doesn’t mean that every Muslim is, necessarily, but I will say this: Osama Bin Ladin was a devout Muslim and I believe that Ilhan Omar is, as well. Consequently, giving her and others like her a free pass only hastens our demise.

The truly frightening thing about all of this is that two of these radical women are in the U.S. Congress, sitting on high profile committees and receiving security clearances. Furthermore, their presence in Congress opens the door to the likes of Sarsour and her close associates from CAIR (Council on American Islamic Relations) which is nothing more than Hamas (Islamic Resistance Movement) in disguise. Let me put it another way – the tares are definitely growing in the midst of the wheat.

When members of CAIR, under the command of Sarsour, can freely roam the halls of Congress and body block journalists (as recent events outside of Tlaib’s office clearly demonstrate), we are in trouble. There is a clear and present danger facing the United States, at least as we have known it, and that danger emanates from the the same aggressive ideology that wishes to destroy Israel. So then, have you ever wondered why people like Omar, Ocasio Cortez, Tlaib and others tend to group Israel and the U.S. together as the troublesome twins in an otherwise properly functioning family of nations? I think I know.

I have long believed that, in the history of the world, there has existed two unique nations above all. The first is, obviously, Israel. God called Avram from Ur of the Chaldees and said, “Lech Lecha” – Leave everything behind and go to a place that I will show you. I will make you a great nation and I will bless you. This promise was reaffirmed to his son, Isaac, and to his son, Jacob, later to be called Israel. When the Almighty liberated Israel from Egyptian bondage and brought them to Sinai, there, He invited them to enter into covenant with Him, They accepted His invitation, making them unique among the nations – a light in the midst of darkness. They were not always faithful to that covenant but God is ever faithful. He did not abandon them but said, “I will not forget you. See, I have inscribed you on the palms of My hands.” Many are those who have made the observation that, Israel exists, today, because of Israel’s God.

The other unique nation is one whose history is replete with men and women who revered the God of Israel; they looked to Him for guidance, protection and provision. Many strove to live according to His precepts and earnestly appealed to Him to covenant with them. His unprecedented blessing upon them and their descendants, the America of today, is evidence that He did so. Writing from the decks of the ship, Arbella, John Winthrop, future Governor of the Massachusetts Bay Colony wrote, “We are entered into covenant with Him for this work … (and) shall find that the God of Israel is among us … For we must consider that we shall be as a city upon a hill. The eyes of all people are upon us.”

Winthrop’s prophecy became a reality. The seeds of freedom and righteousness that he and others labored to plant, sprang up and blossomed into a nation unparalleled in history. The eyes of the world are upon us but, like Israel, America has not always remained faithful to that covenant. So many in our society, today, scoff at the notion that we were conceived in liberty to be “one nation under God.” Ultimately, it is our unwillingness to be faithful to that covenant that has opened the door to the influences that are slowing eating away at the fabric of our nation. The decision to expel God from our government, our schools and town square has allowed for another god to worm its way into our national soul – and the halls of Congress. Still, I believe that He is faithful to those who “do justly, love mercy and walk humbly” before Him and that, if we humble ourselves before and repent of our wickedness, He can heal our land.

You see, what binds the U.S. and Israel together goes beyond political and strategic alliances; our unique partnership is covenantal in nature, brought together by the Master of the Universe. I do not consider it coincidental that, in Hebrew, the United States is called, Artzot HaBrit – literally “lands of the covenant.” People like Ilhan Omar and Rashida Tlaib don’t respect or understand that being Pro-Israel isn’t about allegiance to a foreign power; it’s about allegiance to a Higher Power. It’s about our allegiance to the God of Israel. Perhaps this is the reason that so many throughout the world, and even in America, long for our destruction and the annihilation of Israel. In other words, their issue is with the God of Israel!

Solomon said that “a three fold cord is not quickly broken.” Our two nations share such a bond. We are joined together by our mutual respect for liberty, justice and truth, reflected in our forms of government, and our strategic partnership. But we must understand that the strongest of these bonds is spiritual in nature – covenantal in fact, due to our common history with the Creator of all things. And so, the time has come that we must take action; we must stand against those that threaten, not only our way of life, but if uncontested, our very lives. One day our grandchildren will look back on this generation and assess how we responded to the challenge before us, today. Will they thank us or will they curse us?

In one of his most memorable speeches, Ronald Reagan encouraged Americans to unite and combat ideologies and philosophies undermining the nation at that time. In the speech, he quoted a general of the past who had said, “There is no substitute for victory!” Victory, in our day is not out of reach but it will take effort, boldness and a commitment to endure hardship until victory is attained. And above, we must remember that “it is not by might, nor by power but by My Spirit says the LORD of Hosts.”

I’d also like to quote a leader from the past who encouraged his people as they prepared to enter and possess a land they had never seen. They were being called to fight an enemy that appeared bigger, stronger and seemingly secure within the impenetrable walls of their fortified cities. Yet, Moses said, “Be strong and of good courage, do not fear nor be afraid of them; for the Lord your God … goes with you.” We, also, should take courage in that truth. If we fight for righteousness and contend for freedom, our God will be with us. It is in that spirit that I wish to borrow a customary saying from our Jewish brethren who, at the conclusion of each book in the Torah proclaim, “Chazak, chazak v’nitchazek – “Be strong. Be strong and strengthen one another.”

This generation is being called into action to resist those forces that would celebrate death, socialism, lawlessness, the destruction of Israel and, frankly, all who revere freedom. It is our responsibility to change the trajectory of this nation and return America to her God, to His ways and the fundamental, biblical principles upon which it was established for the betterment of our children, our grandchildren – and the world. And so, remember the words of Mordechai to Esther when God’s people were threatened by those who hated and conspired against Israel: “who knows whether you have come to the kingdom for such a time as this?” I think we have and so, let’s get busy and get in the fight.