6 Adar — Waiting in the Wings 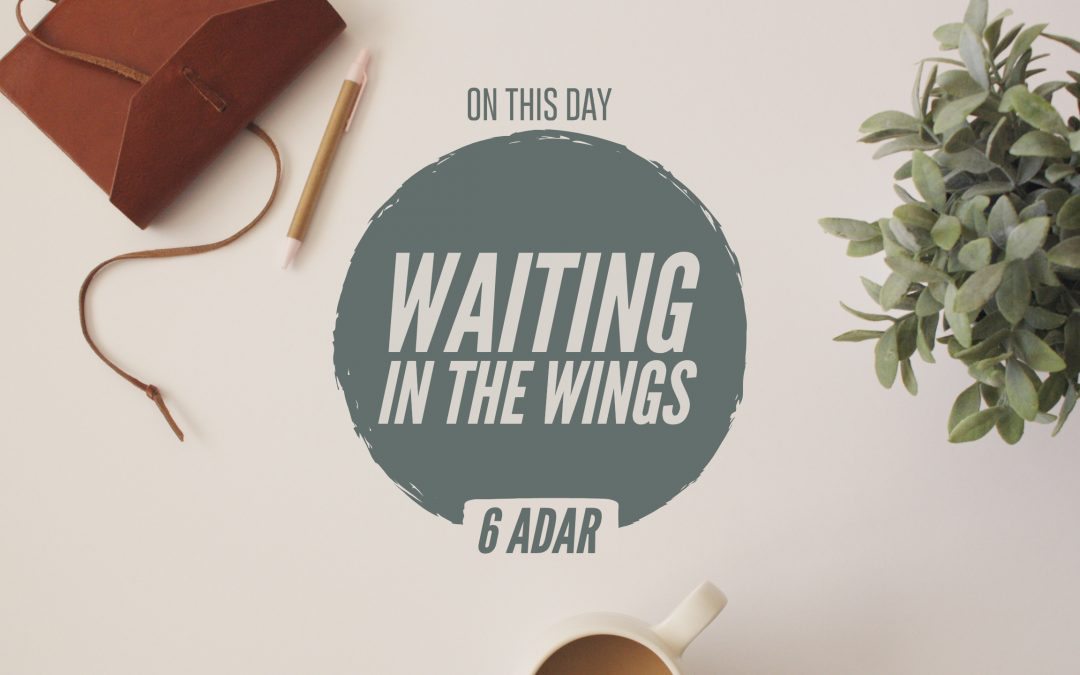 According to Jewish tradition, it was on this day that Moses completed his review of the Torah for the people of Israel and was informed of his impending death. It’s recorded in Deuteronomy 31:9, 14:

“So Moses wrote this law and delivered it to the priests, the sons of Levi, who bore the ark of the covenant of the Lord, and to all the elders of Israel.… Then the Lord said to Moses, ‘Behold, the days approach when you must die; call Joshua, and present yourselves in the tabernacle of meeting, that I may inaugurate him.’ ”

There are two very important points that need to be highlighted here, and the first one is this: because of his faithfulness, not his perfection, Moses was permitted to finish all the work that God had given him to do. The reason that Joshua was raised up to replace Moses was not because Moses was an inadequate or unfaithful leader; it’s simply because Moses had finished his race. That’s a very important thing to acknowledge.

Secondly, we see that before God removes any leader, ministry or nation that has been used by Him, He already has their successor waiting in the wings to assume their position. Consider that before the destruction of the Tabernacle of Shiloh and the death of Eli the High Priest and his two sons, Hophni and Pinchas, God made sure that Samuel was in place, ready to assume the position of leadership.

And so, before God removed Moses, He made sure that someone who had proven himself to be faithful was on the scene. And because of Joshua’s faithfulness he, too, was given the opportunity to complete all the work that the Lord had ordained for him to accomplish. In fact, it said of Joshua:

Based on what we observe here, perhaps we can draw some conclusions. There will come a day when some ministries who have been faithful to serve God will eventually finish their race. When their time comes to an end, will there be someone to fill their shoes? Of course!

The Creator already has someone – a person or a ministry – in position to fill the role that He’s called them to do. So then, if we feel that we have been called to some greater yet unfulfilled purpose, we must ask ourselves whether or not we have been faithful while waiting? When called upon will we be faithful to do all that God has given us to do, leaving nothing undone? Remember, Yeshua raised the issue of whether or not He would find faith in the earth when He returned.

There have been those who, though called, were not content to wait on God’s timetable. Unfortunately, they preferred to set their own timetable. There have been those who have allowed the waiting period to become a distraction and who, unfortunately, fell into unfaithfulness. Still, there are those that God is preparing and, when called upon, will assume the positions that God has ordained for them. It will not be because they are perfect, charismatic or attractive; it will be because they have been found to be faithful.

May it be said of us all that God has found us to be faithful and that, at then end of our race, we didn’t leave anything undone that God had given us to do. Let us strive for that goal so that God’s purpose in us and through us can be fulfilled.