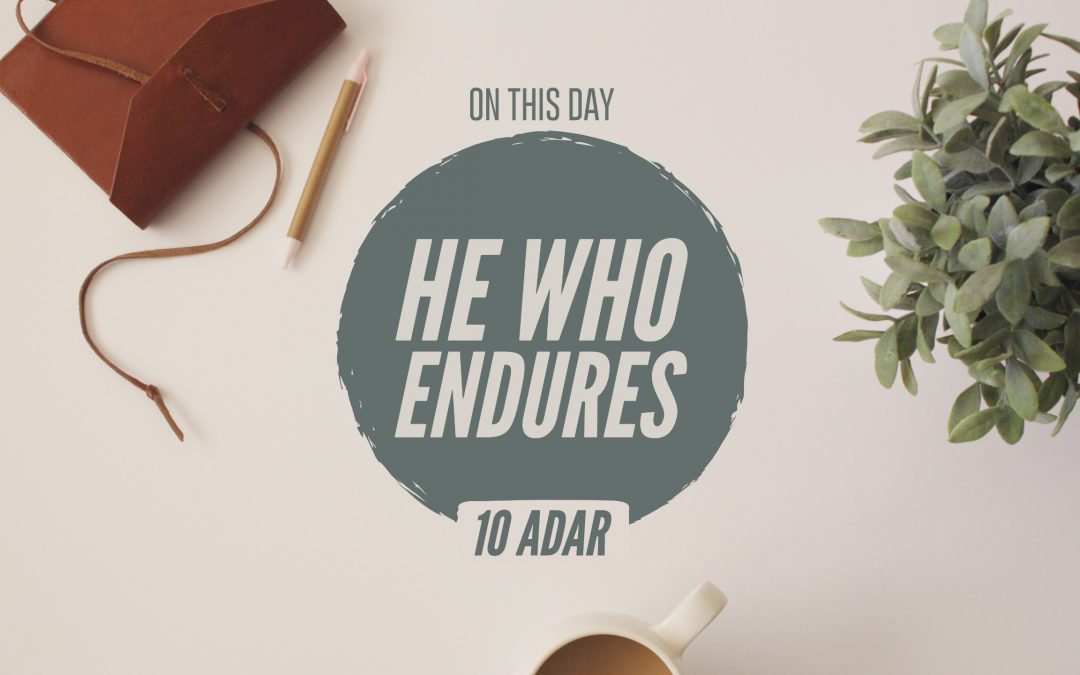 It was on this day in the year 1349 that Jews of Freiburg, Germany were massacred due to the Black Death riots that were sweeping across Europe. During the plague, thousands of Europeans died, with the glaring exception of Jewish populations. Thus, it was believed that the Jews, somehow, someway, were responsible for the plague and were consequently slaughtered.

As it turns out, unlike many of the victims ravaged by the plague, most Jews had higher standards when it came to the disposal of waste and filth. Rats and other disease-carrying rodents were lured by the filth and, in turn, helped to spread the disease, killing scores of people. So then, the true reason Jews were not succumbing to the Black Death, as others were, was because of the codes of cleanliness and separation from things that defile prescribed in the Torah (Law of Moses). They lived while others died simply because they chose to follow God’s instructions.

“Remember the word to Your servant, upon which You have caused me to hope. This is my comfort in my affliction for Your word has given me life. The proud have held me in great derision, yet I do not turn aside from your law (torah).” (Psalm 119:49-51)

Look at the events that transpired just prior to Israel’s exodus from Egypt. The Hebrews had already been designated by Pharaoh as “enemies of the state” and were, consequently, segregated and enslaved. As the plagues were poured out on the land, God distinguished His people from the Egyptians, calling specific attention to the fact that the Egyptians were suffering and the Hebrews were not. No doubt this caused the Egyptians to despise the Hebrews even more. Throughout history, the world has hated God’s people simply for being God’s people.

Considering these events of long ago makes me wonder: when secular society begins to reap what they have sown, will they look for someone to make a scapegoat? If so will it be, as it has been in times past, those who choose to live according to God’s instructions? When things described in Scripture begin to negatively impact the world and God’s people are being spared, might the world consider that we are, somehow, responsible? I believe the answer is, quite obviously, “yes.” The pressing question for you and me today is, “Are we prepared to stand fast in our faith if we are made to be the scapegoat for the world’s ills?” The way Messiah phrased the question was, “Will the Son of Man find faith when He returns?” He warned us that we would face trials and persecution.

“Then they will deliver you up to tribulation and kill you, and you will be hated by all nations for My name’s sake. And then many will be offended, will betray one another, and will hate one another. Then many false prophets will rise up and deceive many. And because lawlessness will abound, the love of many will grow cold. But he who endures to the end shall be saved.” (Matthew 24:9-14)

Here we have the key word: “endure.” Regardless of what situation we may find ourselves in, we must commit ourselves to endure. That is the key to ultimate victory and so we must have something to hold on to that we may endure.

In John 6, Peter professed that, for the followers of the Messiah, there is nowhere else or no one else to go to for help because He is the One who has the words of eternal life. That is what we have to hold onto – His Word. Just as those Jews of old unfortunately discovered, there is a price to be paid for keeping God’s instructions. Yet, they understood – at least in terms of cleanliness – that these instructions lead to life. Life is in His Word and it’s to His word and the promises contained therein that we hold fast. Holding fast to those “exceedingly great and precious promises” will help us to endure the things that are coming upon the earth.