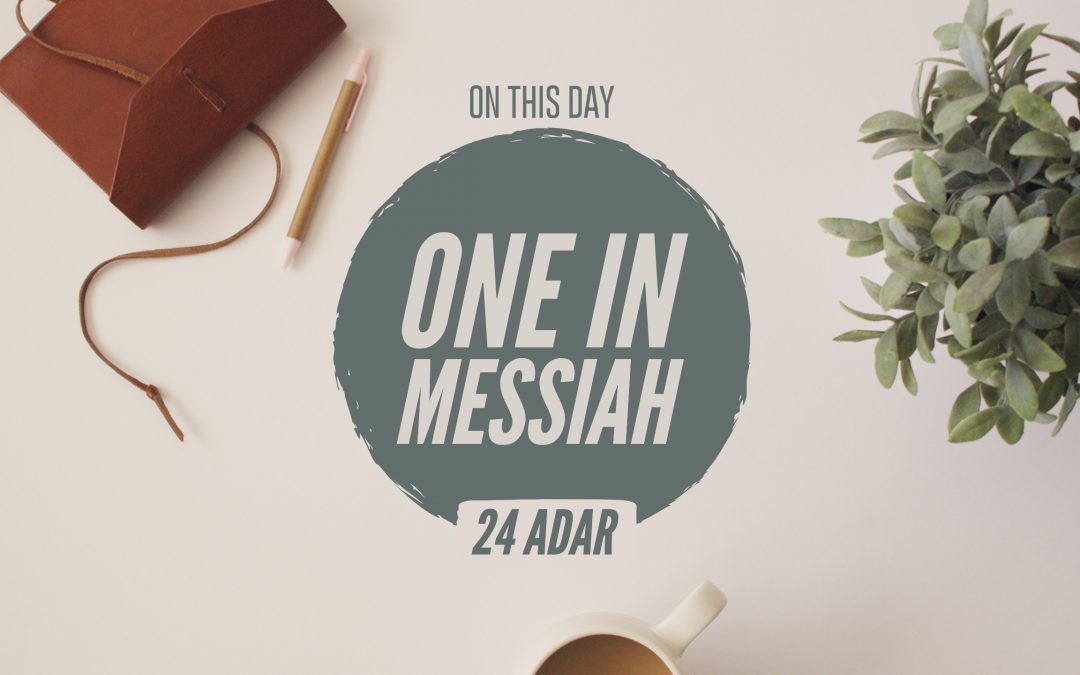 It was on this day in the year 1451 that Pope Nicholas the Fifth issued a bull banning all social interaction between Christians and Jews. His motivation for setting this boundary was a fear that Christians would become Judaized. Indeed, any Christian who converted to Judaism or who adopted what was considered to be “Jewish practices” would be subject to the death penalty. This is the way it was throughout Europe.

Obviously, we shouldn’t advocate Christians adopting Judaism because Judaism doesn’t have all of the answers. However, Christianity doesn’t have it all figured out either because, if we did, there wouldn’t be tens-of-thousands of denominations and split congregations. No commentator, whether it’s Maimonides, Rashi or Matthew Henry, should be considered the last word on anything theological. Judaism rejects Yeshua as Messiah and many in the church believe we have replaced Israel. Obviously, neither side has everything figured out and, yet, both sides have embraced things that are definitely true.

Where this last point is concerned, Paul wrote extensively about this strange and sometimes cryptic relationship between, as he termed it, the natural and wild branches. One of the primary points he makes in Romans 11 is that it’s the wild branch who has the responsibility to awaken from its slumber in order to provoke the natural branch to do likewise.

“For I do not desire, brethren, that you should be ignorant of this mystery, lest you should be wise in your own opinion, that blindness in part has happened to Israel until the fullness of the Gentiles has come in. And so all Israel will be saved, as it is written: ‘The Deliverer will come out of Zion, and He will turn away ungodliness from Jacob; for this is My covenant with them, when I take away their sins.’” (Romans 11:25-27)

Paul’s point is that all who are a part of this tree, natural and wild, are partly blind. Seeing that we are those considered as “grafted in,” that would include us. Therefore, it is incumbent upon those who are of the wild branch – believers in the Messiah – to awaken from our spiritual slumber and see all that God wishes to reveal to us. When we begin to bud and blossom in this respect, it will awaken the natural branch to see what they has been blinded to.

Furthermore, Paul makes it very clear that both groups, referred to as circumcision and uncircumcision in Ephesians 2, are to become one body in Messiah and because of Messiah. For the last 2,000 plus years, the adversary has exploited the desire on both sides to steer clear of one another and to spend most of their time pointing out what is wrong with the other. But as we’ve stated, both sides are wrong. Yes, both sides see something that they should and both sides hold on something that is true. Still, both sides embrace practices, philosophies and agendas that are wrong and, frankly, unbiblical. In a way, both believers and Jews partake of the same tree that the woman partook of in the garden: the Tree of the Knowledge of Good and Evil.

In light of this, our goal should not be to imitate Judaism. Our goal should not be to imitate Christianity. Our goal must be to imitate the Messiah; to be like Him because we are in Him. Only by following the Messiah and trusting in Him will these two factions become one. In fact, according to His testimony, that is the very reason Messiah came to this earth (John 17). That’s the purpose of His death and resurrection (John 11:49-52). That is what He was to accomplish, to make the two “one new man” and reconcile them as one body unto the Father (Ephesians 2:11-22).

Presently, there are adequate signs leading us to conclude that the Messiah is beginning to regather all of His people, and bring them together as one. Circumstances around the globe will continue to deteriorate, and remnants from both of sides will shift from criticizing what’s wrong with the other and start looking at what the other has to offer. When that occurs, followers of Yeshua must be sober, alert, obedient and steadfast in our commitment to the Messiah – it He that dwells in us that uncircumcision must see. Both sides, the wild and the natural branch must be grafted into the Messiah. Stay alert; these are the days of redemption.