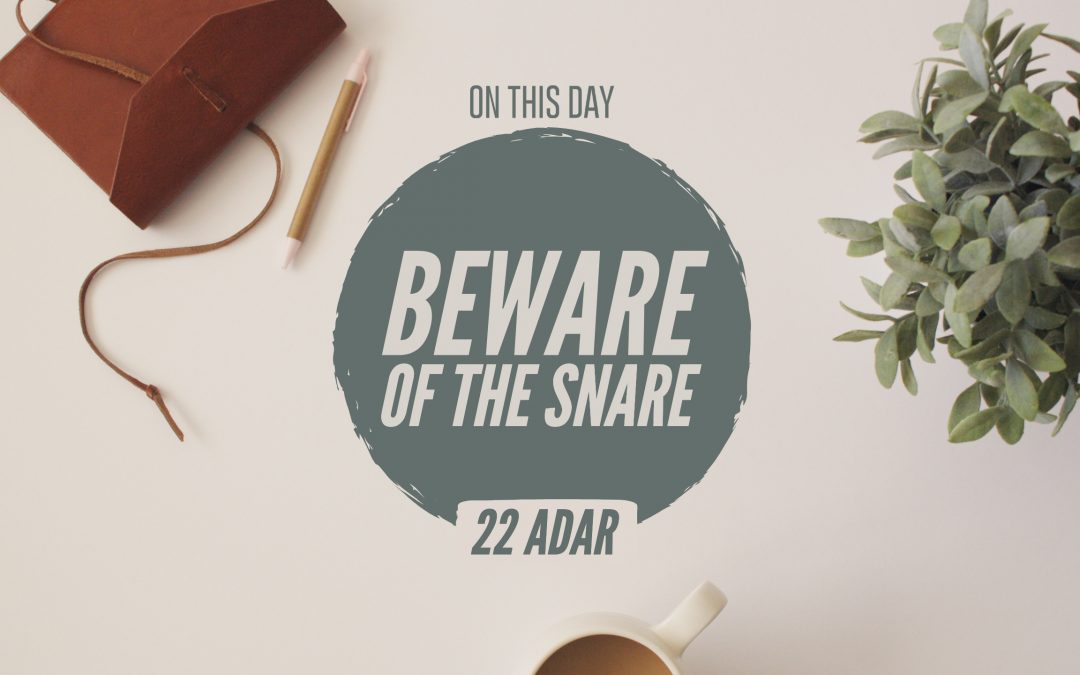 It was on this day in the year 1917 that the provisional government of Russia, soon to be called the U.S.S.R., eliminated the restrictive laws that had been placed upon Jews under the reign of the Czars. This seeming tolerance for Jews enticed many of them to become rank and file communists. However, Jews, as well as many other groups, were soon to discover that “all that glitters is not gold.” Millions were to suffer terribly at the hands of the communist regime and most notably, Stalin’s murderous reign.

We should always remember that, from the beginning, the adversary always tries to lure people into his snare by showing them what they believe to be good and what appeals to their desires. Those desires don’t have to be blatantly wicked things – sex, drugs and rock ‘n roll – but can be as simple as eating something God told you not to eat. When you look at the “good” aspect of it long enough, you will perceive it as being this:

“A tree … good for food, that it was pleasant to the eyes, and a tree desirable to make one wise” (Galatians 3:6).

We must also remember that the adversary comes as an angel of light, enticing us to let our guard down so that he may infiltrate our mind and our heart. In effect, Satan is the Great Illusionist. He tempts us to look at the flashy object in one hand, while he works his dirty work with the other. Throughout the ages, he has been very successful with this tactic. His success is so prevalent that, now, people regard evil as good, and good as evil. To those people, the prophet Isaiah said:

In so many instances throughout history, as we see in the Russian Revolution, when the adversary gains the upper hand he strikes in a ruthless effort to destroy God’s people. Considering the day in which we live, it behooves us to remember that we must be alert,  sober minded, and prepared to protect that which the Father has entrusted to into our care. As Paul admonished us:

“Therefore take up the whole armor of God, that you may be able to withstand in the evil day, and having done all, to stand.” (Ephesians 6:13)

Let us determined to, “Having done all, continue to stand.”